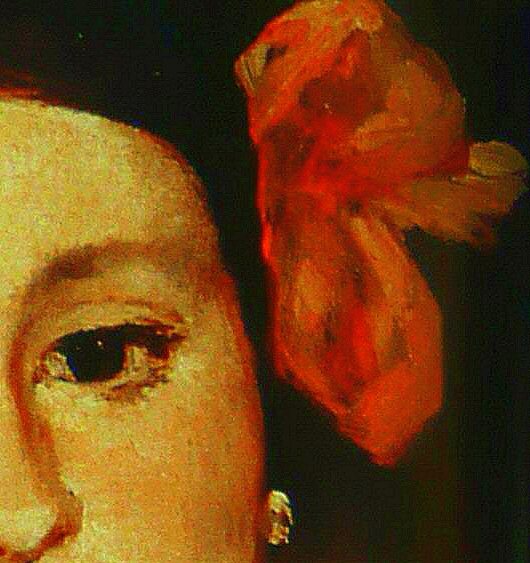 W. W. Norton sent me the jacket image for Paris Red a while ago, but I saved writing about it until now. I know that things sometimes change while a book is in production, and I didn’t want to be hasty about posting the image. But l’ve loved the jacket design from the start. The close-up of Olympia at the top of this post was taken from a Wikipedia image, but here is the actual jacket image Norton sent to me: 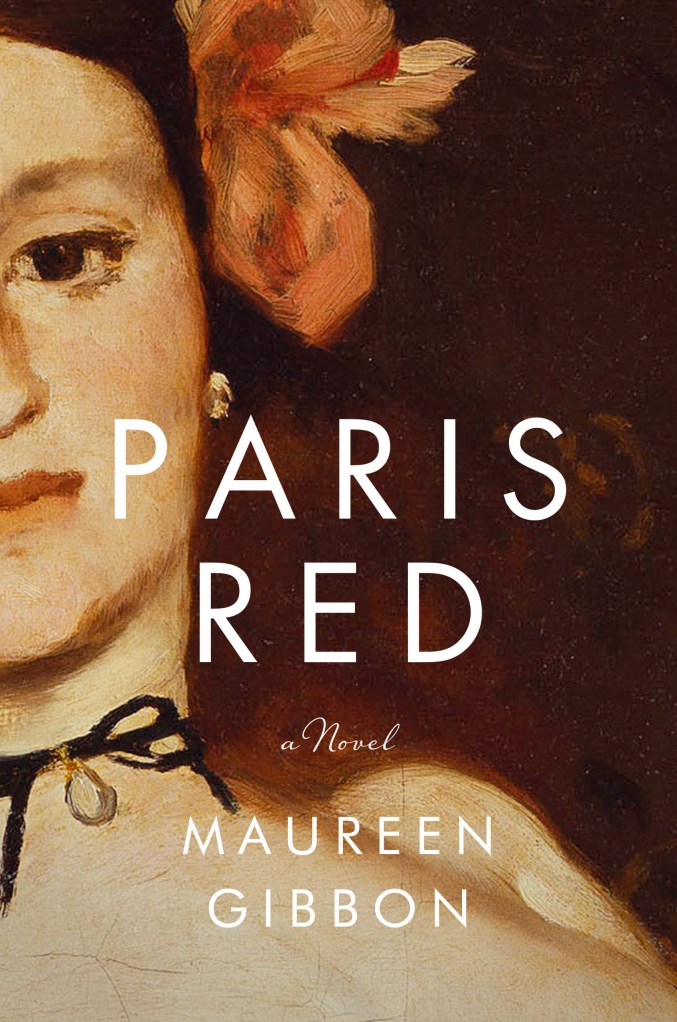 I love the intense focus of the close-up. By cropping the painting in such a way, I think the viewer is pulled into a intimate moment with Victorine Meurent. We only see certain faces at such a distance. To me, this is the half-face of a lover, looking out from her pillow.

Other details that I love:

The other day I tweeted a secret of mine, and I’ll put it here, too: whenever I am feeling doubtful or a bit blue, I look at this jacket image. And I feel better. And I fall in love again.

Paris Red comes out in April 2015 from W. W. Norton. I don’t have an exact publication date for my French publisher, Christian Bourgois, but I hope it’s in the spring, too — in time for the 150th anniversary of the appearance of Olympia in the Salon. [Update: Christian Bourgois will publish Rouge Paris October 2014!]