I couldn’t find boots that were exactly like the ones I picture Victorine wearing in Paris Red, so I bought these teal suede ones.

In the novel, Victorine gets her green boots from one of the prostitutes her mother sews for. She’s still a girl when she receives the gift, but she keeps the boots and grows into them.

I bought my boots on eBay.

This is how I picture Victorine’s boots, courtesy of Augusta Auctions: 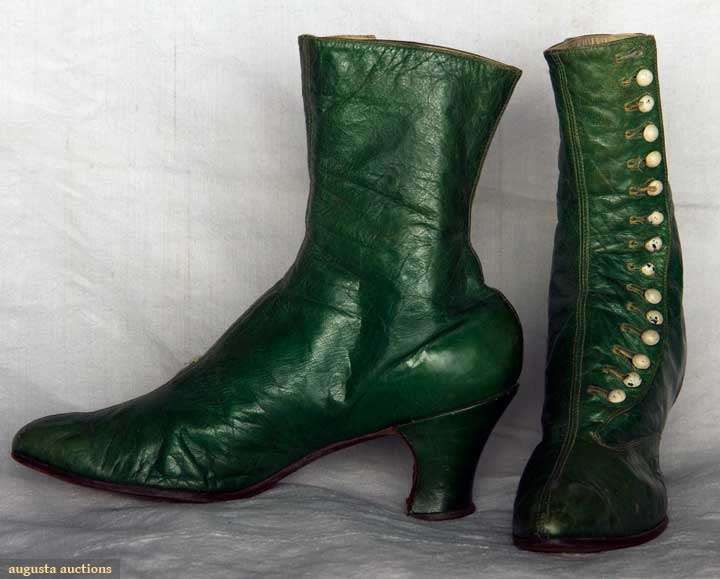 August Auctions states that these emerald green boots are from the 1890s, so they aren’t the right era for Paris Red, but they are the right color. According to what I learned from the blog of American Duchess, I think Victorine’s boots would have had lower “opera” heels with no curve at the “breast” of the shoe, or the area under the arch.

If I decide I want to buy a more accurate replica of Victorine’s boots, I can find them here on the same blog!